Another road loss but this time, Kentucky competed

Bryant-Denny Stadium in Tuscaloosa is one tough place to visit

TUSCALOOSA, ALA. –  At some point in Bryant-Denny Stadium Saturday night, any chance Kentucky had at pulling off an upset of top-ranked Alabama went up in a tiny puff of thin blue smoke.  You could argue the fact that it never existed in the first place, the point-spread prophets in Vegas having made Bama a five-touchdown favorite.

Just the fact that the Wildcats lost “only” 34-6 tells you they played better than predicted, avoiding the ignominy of becoming little bits of blue in the treads of the Crimson steamroller.

Eyeballs throughout the nation must have bulged a bit when the first quarter score flashed across television screens and cell phones: Alabama 3, Kentucky 3.  Then talent took over. So did the neighborhood.

Stoops has upped the recruiting game in Lexington but it’s still three Keeneland furlongs from being anything close to what Nick Saban has done in Tuscaloosa.

If Saban doesn’t have a five-star athlete to plug into his game plan, he simply reaches back for a four-star. Talent like that, mixed with Saban’s fanatical attention for detail and focus, makes it nearly impossible to roll into town and pull off an upset of the nation’s top-ranked team.

In fact, since Saban hung his shingle outside the head coaching office door, before Saturday night Alabama had played 40 times as the nation’s top-ranked team, winning 35 times.  Now it’s 36.

Unless your team is one that can match personnel with the Tide (they’re out there; check the one in Columbus first) there is virtually no margin for error when it comes to playing Bama. Kentucky avoided mistakes well enough in the first 15 minutes to play the Tide even-up, but it could have been so much more.

Bama has made a science (and a habit) of scoring with its defense and special teams and did it again Saturday night, stinging the Cats with a scoop-and-score off one Stephen Johnson fumble.  Another led to a field goal for a Crimson Tide team that needs little help but will take all you give it.

Yes, the Wildcats scored a field goal in the first quarter, but on the play just before Austin MacGinnis swung his leg, Johnson dropped back and saw tight end C.J. Conrad running free and lonesome down the middle of the field, the only thing between him and the goal line, a patch of green grass in this hallowed stadium.

Johnson unloaded but a big Crimson paw shot up and deflected his pass as it cleared the line of scrimmage. No touchdown for you.  Kentucky settled for three.

On the last play of the first quarter, offensive coordinator Eddie Gran dialed up a play Stoops said they thought could go for a nice chunk of yardage, an inside screen to sure-handed wideout Garrett Johnson.

The moment was there. Then it was gone. Tide defenders pressured the QB just a tad – enough to where he had to turn it loose a second too soon for the receiver to sneak behind two blockers, who were rumbling over to help. Big gainer or nah? Nah. Three-yard loss.

The margin for error on this game was razor-thin, almost impossible to see, and the Cats made way too many to cause Saban to break a sweat.  Oh, there were Bama mistakes, including a kickoff return after Kentucky’s second field goal late in the fourth quarter.

Alabama return man Xavian Marks, two steps deep in the end zone, fumbled the kickoff, picked up the ball and, ignoring the advice of a teammate, decided to take off upfield.

If there’s one thing the Wildcats have done well this season, it’s cover kicks and they did it this time, stopping Marks at the Bama 11.

UK radio network play-by-play man Tom Leach, knowing what was about to happen on the home team’s sideline, nailed it correctly when he suggested that Marks head for the Kentucky sideline instead. Nick Saban’s face looked like the aftermath of a head-on collision as he met Marks on the hash marks and walked him back to the huddle, conducting a salty, one-sided, high-decibel conversation that likely flowed in just one direction.

Sadly for Marks, that’s when ESPN decided to take one more timeout, giving Saban an extra two minutes to unhinge his jaw and swallow Marks whole.

This road loss was nothing like the meltdown in Gainesville, when the Cats scarcely showed up against Florida. This time, they competed.  “That’s probably one of the most physical games I’ve played since I was in college,” said Alabama defensive lineman Jonathan Allen. “I have to give Kentucky a lot of credit.”

But it’s still a loss, leaving them 2-3 on the season, a crucial home matchup with Vanderbilt looming large this Saturday.

With the target of at least six wins still within their collective grasp, it’ll be another Game of the Year for the Wildcats, who now know what it feels like to compete against the best. There’s just no room for error.

Big Blue Insider @bigblueinsider1
4 hours ago
How do you stick him with the check? Point at the TV and dash? #HappyBirthday https://t.co/rmgfO1ThUq
View on Twitter 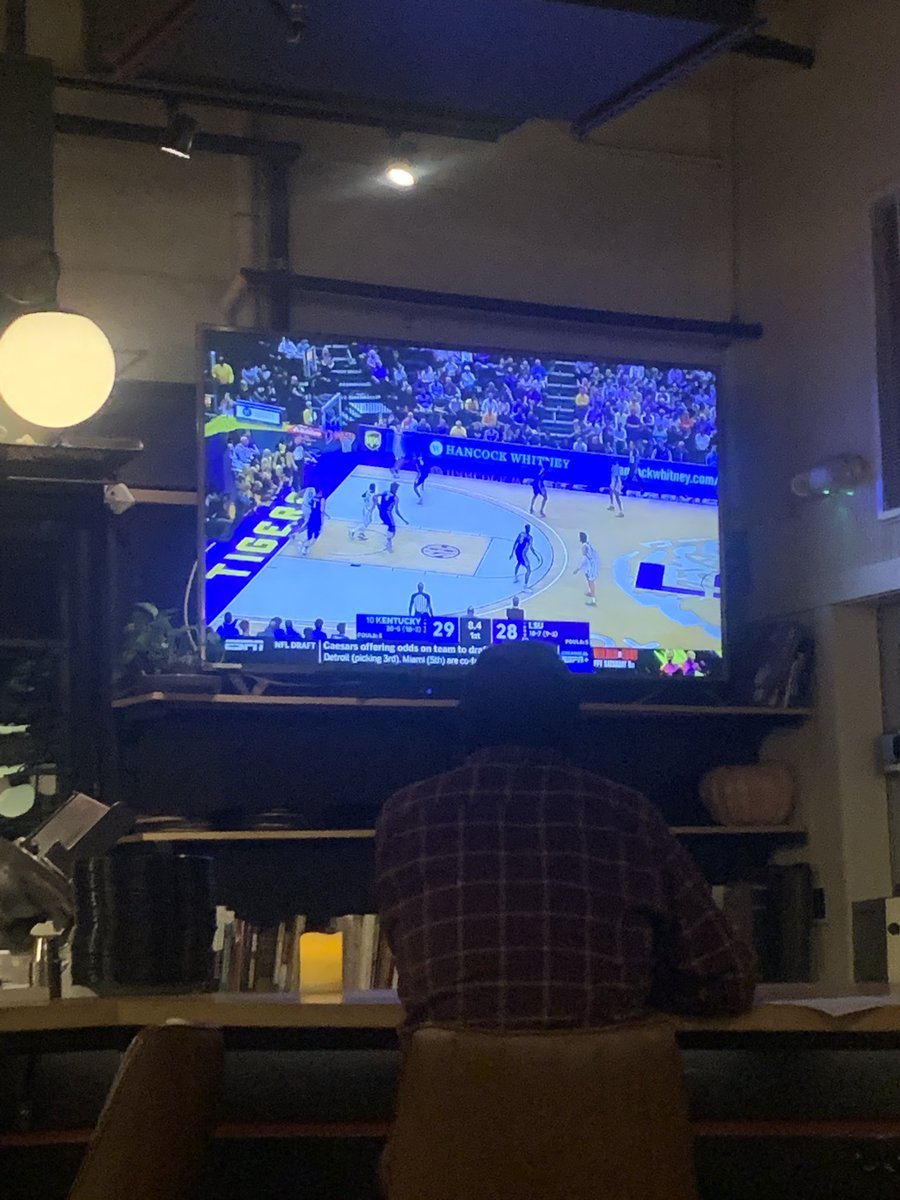