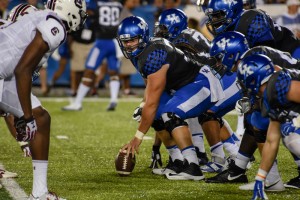 Toth, who hails from Indianapolis, is one of the top centers in college football for the second straight season. The 6-foot-5, 310-pound senior, has played in 48 career games with a nation-high 47 consecutive starts. Last season, he helped UK’s four-man running back rotation collect 1,855 yards. This season the Cats’ running game ranks 16thnationally at 241.2 rushing yards per game, including 291.4 yards over the final six contests. Toth leads the team with 69 knockdown blocks and has been credited with 195 blocks at the point of attack this season.  The Wildcats have a pair of 1,000-yard rushers, Williams and Benny Snell Jr., for the first time in school history. 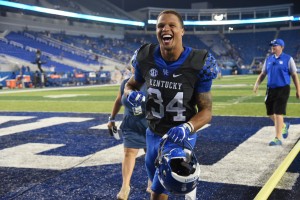 The Cats are averaging 5.52 yards per rushing attempt this season, on track to be a school record by more than a half-yard per attempt. Should the offense rush for at least 230 yards and two touchdowns in the TaxSlayer Bowl on Dec. 31 the unit will set new single-season school records for rushing yards and rushing touchdowns in a season.  All totaled, Kentucky has already broken or could break as many as 12 team and individual rushing records this season.

Off the field, Toth is a three-time SEC Academic Honor Roll member and is on track to graduate in December with a degree in mechanical engineering. He was a nominee for several national awards this season, including the National Football Foundation’s Scholar-Athlete Award, the Rimington Trophy, given annually to the nation’s most outstanding center and the Outland Trophy, given to the nation’s best interior lineman. Toth has been selected to play in the Reese’s Senior Bowl in January. As a group, Kentucky’s offensive line was a semifinalist for the Joe Moore Award, given to the nation’s best O-Line unit.

Jones, from Youngstown, Ohio, burst onto the scene this season with 19 tackles in the season opener and never slowed down. The 6-foot-2, 220-pound sophomore finished the regular season with 100 total tackles to rank third in the SEC in tackles per game (8.3) and his 70 solo tackles led the league and ranked 11th nationally.

Jones is the only player in UK history to have at least 100 tackles, 14.0 tackles for loss and 4.0 sacks in a single season. Jones also added nine quarterback hurries, four pass breakups and a forced fumble. He recorded four games with double-digit tackles and finished with two tackles for loss or more in four of his final five games played.

Edwards, a native of Cincinnati, finished the regular season leading all SEC defensive backs in tackles with 93. He ranks fourth in the SEC with 7.8 tackles per game. The 6-foot, 200-pounder had four double-digit tackle performances and tied for the team lead with three interceptions, including two of Heisman Trophy finalist Lamar Jackson in the Cats’ 41-38 victory over No. 11 Louisville. Edwards has recorded a tackle in 20 consecutive games and has 132 tackles, 6.5 tackles for loss, four interceptions and 11 pass breakups for his career.

Williams, from Monroe, Ga., has had an explosive season in leading the Cats with 1,135 rushing yards, making him just the ninth player in school history to surpass 1,000 yards in a season. Williams, who is currently riding a school-record tying five-game rushing touchdown streak, ranks seventh in the SEC and 42nd nationally at 94.6 rushing yards per game and has matched his own single-season school record of 7.1 yards per attempt. 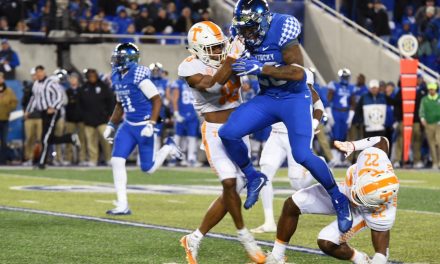 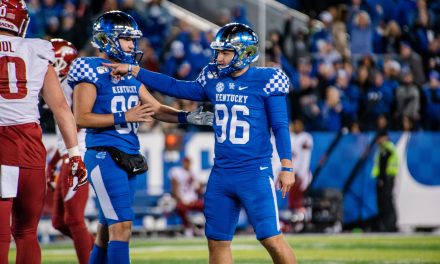 Kentucky Vs. No. 10 Georgia: Game Preview and Prediction

Big Blue Insider @bigblueinsider1
5 hours ago
Tonight we’re all about the QBs: Will Fidler, ex-UK QB on his role in Ky’s upset win at Auburn in ‘09 & Dusty Bonner of the UK Network. @BillyRsports Billy Rutledge and @agershon99 Aaron Gershon + you on @NewsRadio 6pm https://t.co/3gtT2WrLTJ
View on Twitter

4
3
Big Blue Insider @bigblueinsider1
5 hours ago
After so many of his tough-guy roles, it’s weird to look back on James Caan and him bringing a tear to the eye and a lump in the throat. Lando did a nice job playing Sayers, too... https://t.co/mG5SfaXijo
View on Twitter
0
1
Big Blue Insider @bigblueinsider1
8 hours ago
Whew. Your presentation is a lot better than mine. https://t.co/sjPdvCPSNP
View on Twitter