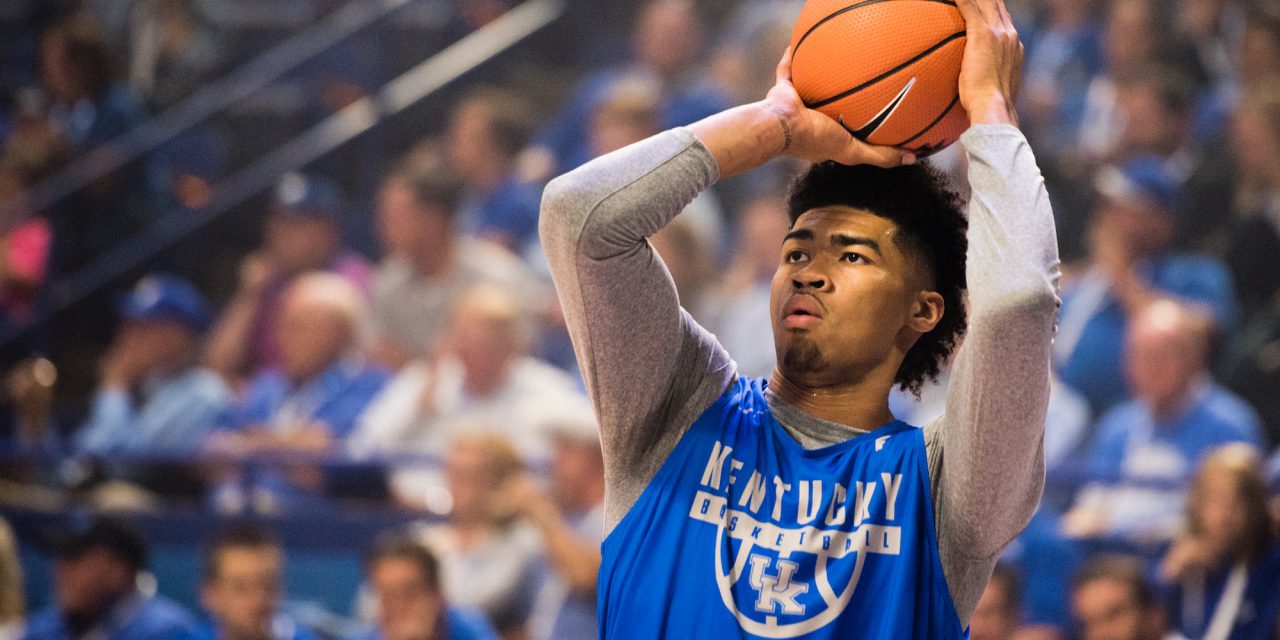 Before Kentucky played their final exhibition game against Centre College assistant coach Joel Justus and forwards Tai Wynyard and Nick Richards spoke to the media. Justus spoke a lot about Kentucky’s two point guards Quade Green and Shai Gilgeous-Alexander. Wynyard currently got a broken nose and there is some difference of opinions on how it happened. Wynyard said it was Richards, however, Richards doesn’t think it was him. Plus both front court players discuss how the team is improving. Richards also talks about how he is trying to improve specifically reducing his fouls.

A gathering of Wildcats in Miami: The ’96 champs reminisce Best Kentucky Wildcats to Wear No. 19 Big Blue Insider @bigblueinsider1
22 hours ago
This is the twitter content I'm here for - especially now. The fun stuff will be there later... https://t.co/8Y0cxirMRW
View on Twitter