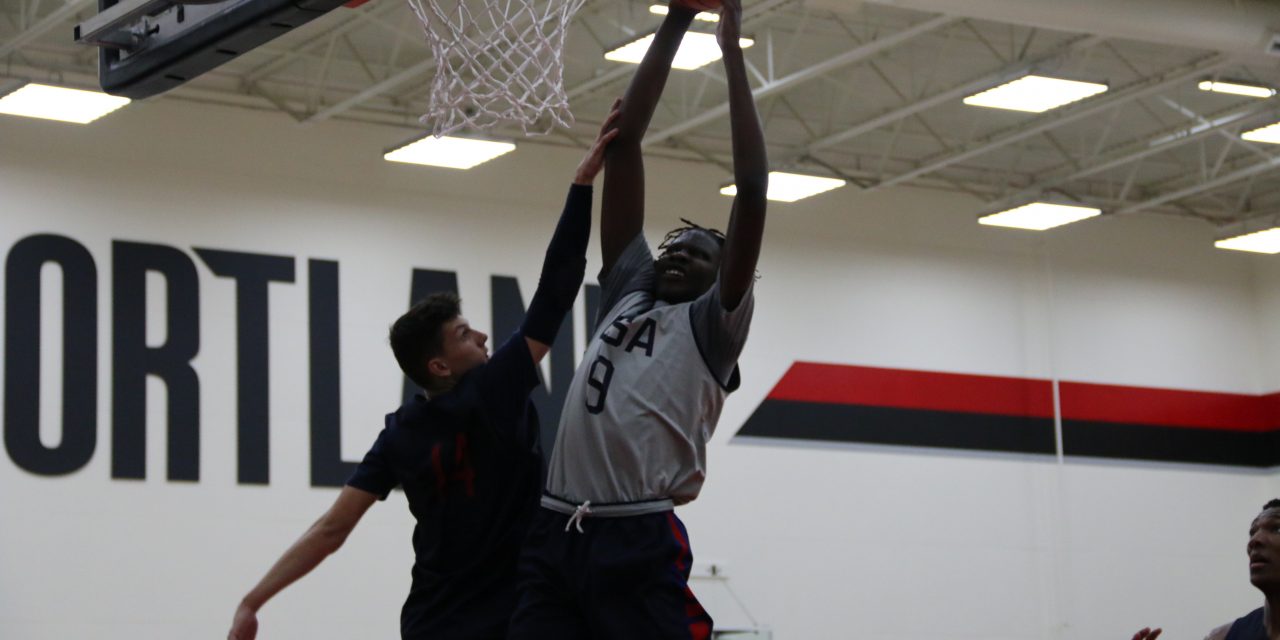 Portland, OR — The USA Nike Hoop Summit team was very thin due to injury. Zion Williamson was in a cast, Louis King sat out, as did Romeo Langford. After practice Langford said would not play in the game on Friday night. Kentucky commit Keldon Johnson, who suffered an ankle in a high school game, warmed up but did not participate in practice. That left only nine healthy players to practice with, so the USA staff leaned on a few practice players when practice moved to 5 on 5.

The first team consisted of Tre Jones, Quinten Grimes, Cam Reddish, Darius Bazley and Bol Bol. Reddish was very impressive throughout the practice and Bol’s size is amazing to see in person. Bol actually dunked over UK commit Tyler Herro at one point but I really don’t think there was anything Herro could have done and it was commendable to even attempt to get a stop. Bazley seems to be a versatile player, he was moved into many lineups in different positions through out practice.

David McCormick, a future Kansas Jayhawk, is an imposing presence. He had several put back dunks off of missed jumpers and was able to bully people in the post. Tyler Herro shot seemed to be of during the scrimmage portions of practice. It was obvious how good of shooter he is during warm ups and drills, but when they went live his shots didn’t drop. Herro did have a couple nice assists during live active.