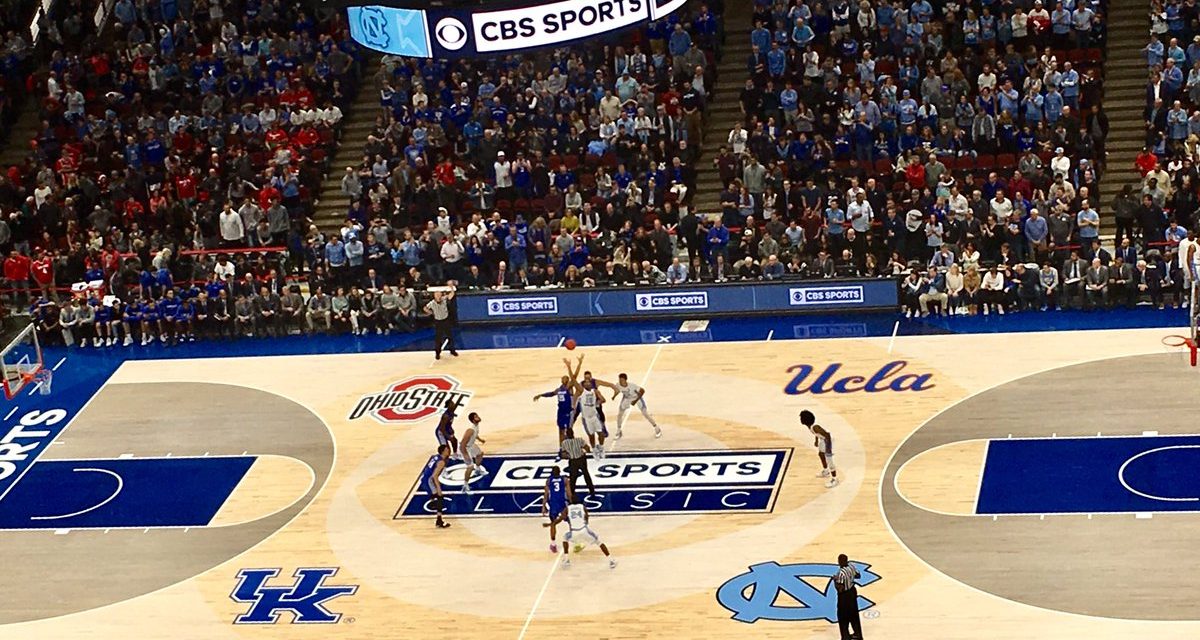 Reid Travis showed why he was a low-post force in the Pac-12 for three seasons. Keldon Johnson thoroughly enjoyed his first (and maybe last) Kentucky-North Carolina game. Tyler Herro stuffed a stat line.

But it was Ashton Hagans, the slickest thief Chicago has seen since Al Capone, who stole the Tarheels’ Christmas.

The freshman guard, who could have been dominating high school players his own age, instead re-classified and now has become the catalyst for a UK team that was a 4.5-point underdog to UNC.

It was Hagans who confounded Sweet Ol’ Roy’s team with seven dadgum steals AND three blocked shots (believed to be a UK first), to go along with four rebounds and three assists in the 19th-ranked Wildcats’ 80-72 upset victory over the number nine team in the land.

The Wildcats slid out to an early four-point lead, surrendered it for a few minutes and then re-gathered the advantage with 10:55 to play in the first half and never trailed again.

As expected, it was a rip-roaring good time, both teams flying up and down the court, launching a total of 46 three-pointers between them. And neither team exactly filled it up, either. The Wildcats scored one more field goal (two more triples) and hit four more free throws. That’s why the scoreboard read the way it did.

But how they got there – ah, that was the story in the United Center. It seemed every time North Carolina had pulled itself together to make a run, there was Hagans – snatching the rock away from some unsuspecting ballhandler, or shooting the gap into a passing lane to re-claim possession which, on the basketball court, is ten tenths of the law, not nine.

(John Calipari has something to smile about, heading into Christmas – photo by Curtis Burch)

UNC coach Roy Williams had seen the stat sheet, with the big numbers next to the names Travis and Washington, when he said this: “The amazing thing is I look down and Ashton Hagans is two for six, seven points and I thought in some ways was more dominating in the game than anybody.”

It was as though the Heels couldn’t make a move without accounting for Hagans, whenever he was on the floor. His afternoon became compromised when he turned an ankle in the first half but thanks to one of the best tape jobs since the guy who propped open a side door of the Watergate Hotel, he was back doing his thing in just a few minutes.

“Having him out there with energy, getting us involved, his defensive presence is amazing,” Johnson said. “He was locking up, picking up, making big stops. You could see it rubbing off on everybody.”

“He was great tonight,” Herro said. “We expect that every night.”

Of course, you don’t get the same adrenaline rush every night that you get playing in the House That Michael Jordan Built, against an arch-rival like North Carolina. But it did show what the Wildcats are capable of now, as opposed to a week or two ago – much less in their opener with Duke.

“I told them for two days, we’re not the same team we were two weeks ago,” Calipari said. “It’s not even close.” And, he said, he hopes they’re even better two weeks from today.

“You have games that are tests. We lost to Seton Hall but we got better. This is a good win but it’s one game. Now we’ve got a tough one coming up.”

That, of course, would be Louisville. Herro says he’s already heard what every Kentucky player has been told as soon as they arrive on campus: “You can lose every other game, but you have to beat Louisville.”

It would go a long way, combined with the victory over the Tarheels, toward making UK fans forget the sting of the blowout loss to Duke.

“This was like a must win. A resume win,” Herro said. “It was important to see something finally pay off.”

Just in time for Christmas. And the Louisville Cardinals.