The Kentucky Wildcats (6-5, 3-5) won their second straight game Saturday as they blew out the U-T Martin Skyhawks by a final score of 50-7 With the victory Kentucky became bowl eligible for the fourth straight season.

After the game Eddie Gran and Brad White, along with several players, met with the media to discuss the victory Hear from 10 Wildcats below courtesy of The Boot Store. 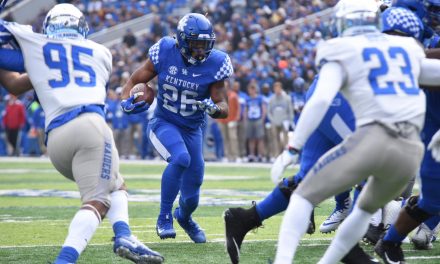