The hard work of the Kentucky Football coaching staff continued to payoff Thursday as they signed four-star defensive back Joel Williams.

A native of Louisiana, Williams is listed by 247 sports as an athlete, but Rivals lists him as a safety, and it seems defensive back is where he’ll fit in at Kentucky.

With Williams on board, Kentucky has 247 sports’ 23rd ranked recruiting class in the nation for 2020 and Rivals’ 20th best class.

The Wildcats now has 20 recruits signed on for 2020 with more that could still come before tomorrow’s early signing period deadline and during the normal signing period that will take place in February. 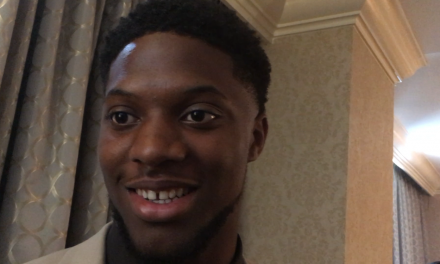