The Kentucky Football team will be getting another key member of the program’s turnaround back in 2020.

Friday center Drake Jackson announced via Instagram he will return to Lexington for his senior season.

One more year. Can't wait to finish with my brothers!

Jackson is coming off a terrific junior season that earned him first-team SEC honors from Athlon Sports. He also took home SEC Co-offensive lineman of the week honors in week 13 when he helped lead the Wildcats to 38-14 win over Vanderbilt and blocked for a run game that ran for 401 yards.

With Jackson returning, he joins Landon Young and A.J. Rose as fellow juniors who have formally announced they will return to Lexington in 2020.

Kentucky will now officially bring back four of the five starters (Logan Stenberg lone departure) from last year’s offensive line that posted the 5th highest Pro Football Focus grade in the nation and blocked for the SEC’s top rushing attack. 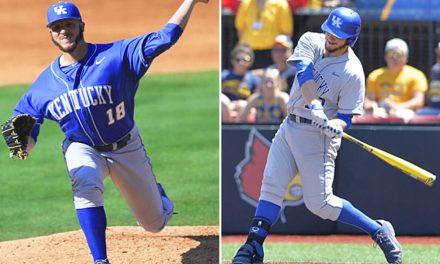