Best Kentucky Wildcats to Wear No. 24 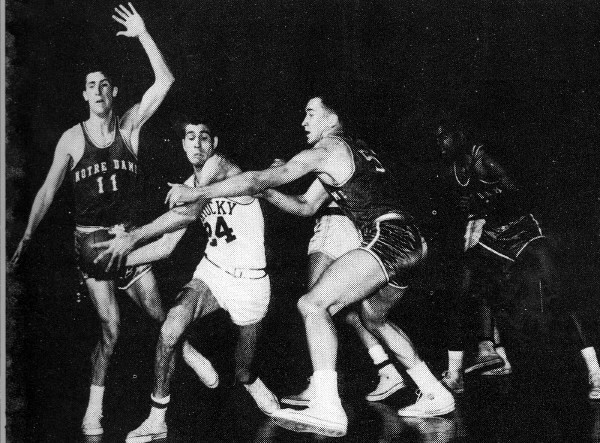 It’s April 24 and that means it’s time to look at three of the greatest Kentucky Wildcats to dawn the No. 24 on their uniform.

Here we find three UK Athletics Hall of Famers with two players with their names in the Rupp Arena rafters and one known for his outstanding Football career in Lexington.

One of Rick Pitino’s first stars in his tenure ended up with his name in the Rupp Arena rafters. Jamal Mashburn put together a hall of fame career in three seasons at UK.

Mashburn earned a spot on the All-SEC Freshman Team and All-SEC Third Team in 1991 after 12.9 points per game with 6.9 rebounds. In 1992 he was named First-Team All-SEC and Second-Team All-American after averaging 21.3 points per game with 7.8 rebounds. He also was named the 1992 SEC Tournament MVP after leading Kentucky to a blowout 80-54 victory over Alabama in the tournament championship.

He capped off his career with a remarkable 1993 season. Mashburn was named a consensus first-team All-American and the SEC Player of the Year as he averaged 21 points, 8.3 rebounds and 3.6 assists leading Kentucky to the SEC title and 1993 Final Four where they were defeated by Michigan.

After his college career, Mashburn was selected with the fourth overall pick in the 1993 NBA Draft by the Dallas Mavericks. He averaged 19.1 points per game in his 12-year NBA career split between Dallas, Miami, Charlotte and New Orleans.

Mashburn had his No. 24 retired by Kentucky in 2000 and was inducted into the UK Athletics Hall of Fame in 2005.

Mashburn isn’t the only Basketball Wildcat to have his No. 24 retired. In three-years, Johnny Cox also put together a hall of fame career dawning the No. 24.

Cox was named First-Team All-SEC in each of his three seasons at Kentucky. In 1958 he was named to the All-NCAA Final Four and All- NCAA Regional Teams’ after leading the Wildcats to their fourth NCAA Tournament Championship.

In 1959 Cox was named a Consensus first-team All-American after averaging 17.9 points per game. He finished his career with 1,461 points in 84 games.

Our final No. 24 is known for being a prolific punt and kickoff return ace. Dicky Lyons was named first-team All-SEC as a junior and senior and earned second-team all-league honors as a sophomore.

After his college career, he was drafted in the fourth round of the 1969 NFL Draft by the New Orleans Saints. 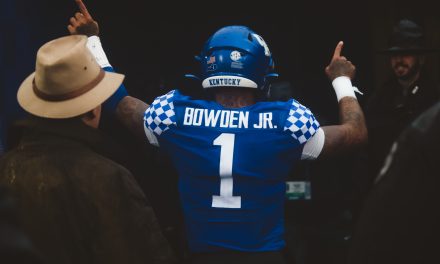 Best Kentucky Wildcats to Wear No. 1