The Kentucky Wildcats arguably have the most talented running backs in the Southeastern Conference entering 2020.

UK’s three-headed monster that helped form the SEC’s best rushing attack and nations’ fourth-best all will return this season while an up-comer is free from his redshirt season, a high rated true freshman has arrived and the walk-on in the room has recorded a college touchdown.

The Big Blue Insider takes a look at all seven UK running backs in this Kentucky Football position preview. 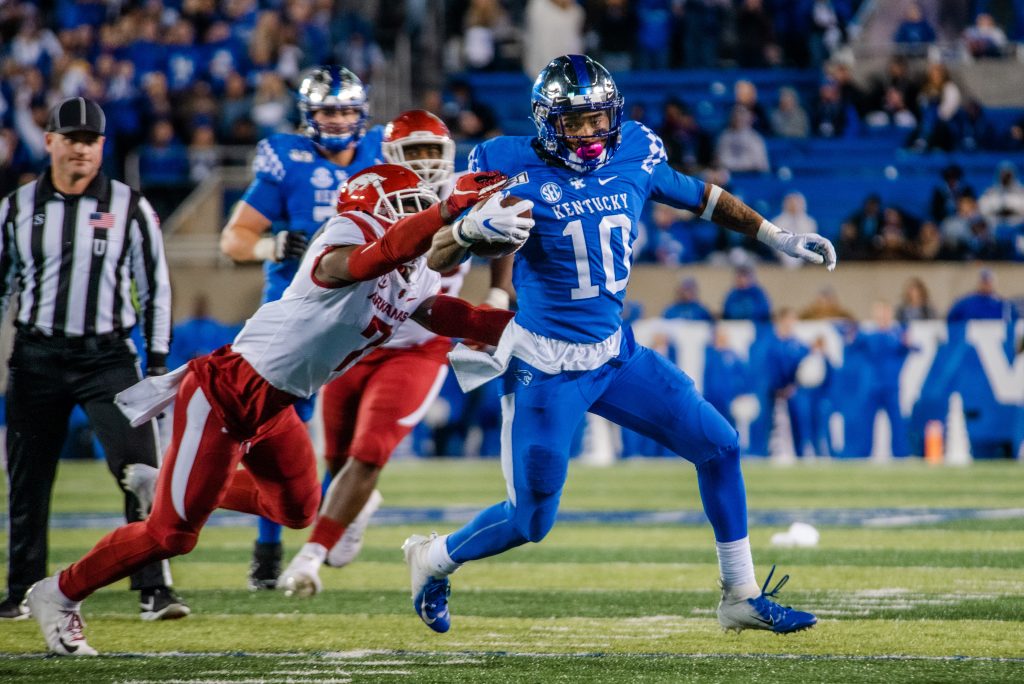 A.J. Rose (#No. 10) runs in Kentucky’s victory vs. Arkansas. Photo by Brandon Turner.

A.J. Rose will enter his second season as Kentucky’s starting running back as he puts the finishing touches on a productive college career.

After redshirting as a true freshman in 2016 and rushing just 15 times in 2017, Rose began to make a name for himself in 2018. He ran for 134 yards and three touchdowns in the Spring Game setting the table for a breakout season as he ran for 442 yards and five touchdowns while adding 82 receiving yards and a score as Benny Snell Jr.‘s complementary back.

With Snell off the pros, Rose ran for 826 yards and six touchdowns in 2019, averaging 5.5 yards per carry. In 2020, Rose will look to build off two productive seasons’ and perhaps climb into the top 10 of Kentucky’s all-time rushing leaders list as he is 464 yards behind Marc Logan for 10th all-time in program history.

Kavosiey Smoke (#20) dives into the end zone for a touchdown. Kentucky lost to Tennessee 17-13. Photo by Brandon Turner.

Kavosiey Smoke is perhaps the most well known Kentucky running back given his incredible name. Smoke was held to just two games as a true freshman in 2018 but made the most of it as he broke free for a 37-yard touchdown at Louisville in a 56-10 Kentucky victory.

Last season, Smoke played in all 13 games for the Cats rushing for 616 yards and six touchdowns while averaging a robust 6.1 yards per carry.

In 2020, he will look to build off his stellar start as an SEC running back by challenging for more carries in Kentucky’s crowded backfield.

Chris Rodriguez (#24) runs for a touchdown in Kentucky’s 45-13 win vs. Louisville. Photo by Brandon Turner.

Chris Rodriguez Jr. is the final member of Kentucky’s backfield trio. Rodriguez maintained a redshirt in 2018 as he played in just three games in which he rushed for 43 yards.

His 2019 season got off to a slow start as he was benched for fumbling twice early in the season, but he quickly turned things around to become one of UK’s most reliable rushers. He finished the season with 533 yards and six touchdowns as he picked up an outstanding 7.5 yards per carry.

Rodriguez will look to avoid any early-season struggles in 2020 to increase his yard total even further in 2020 and challenge Rose and Smoke for a larger load of carries.

After redshirting as a true freshman last season, Travis Tisdale is set to play a much larger role for the Wildcats in 2020. Tisdale played in two games last season rushing for 60 yards, including a 53-yard run against U-T Martin and a touchdown.

While ranked a three-star prospect by 247, Tisdale cracked the ESPN300 and already has showed off his blazing speed in a Kentucky uniform.

He will likely challenge Rose, Smoke and Rodriguez for touches in the backfield while also playing an increased role as a kick and punt returner in 2020. 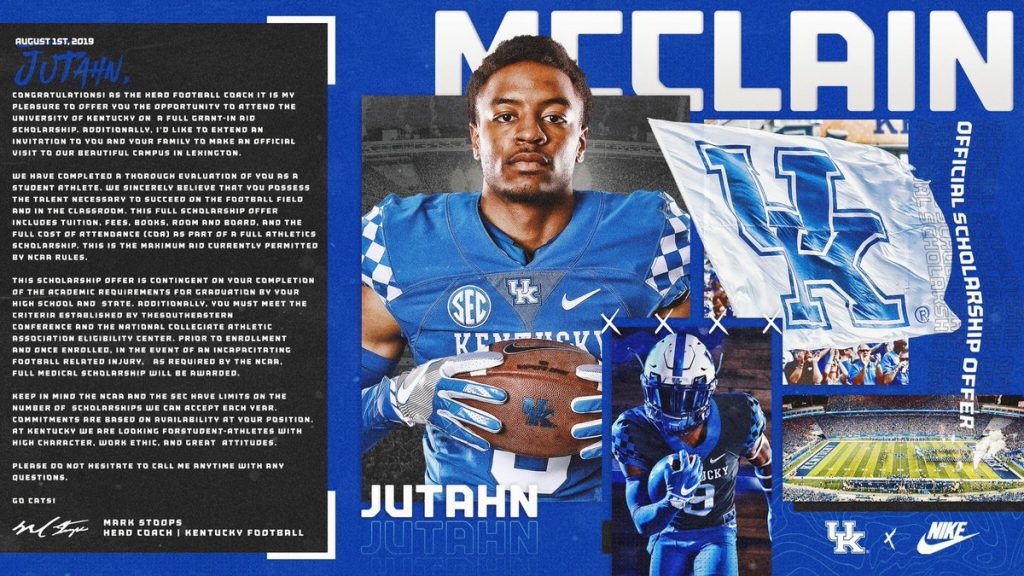 Jutahn McClain will be the lone true freshman in Kentucky’s running back room. A top 10 all-purpose back, McClain ran for 1,947 yards and 21 touchdowns at Fairfield High School in Ohio as a Senior in 2019.

He was voted the 2019 Offensive Player of the Year and First-Team Offense on the Division I All-Ohio team by the Ohio Prep Writers Association and earned four-star ratings from ESPN.

McClain joins the Wildcats despite offer from powerhouse programs such as Ohio State and Penn State. While he will likely redshirt in 2020 with a loaded group of running backs ahead of him on the depth chart, he should at least get a chance to play in four games. 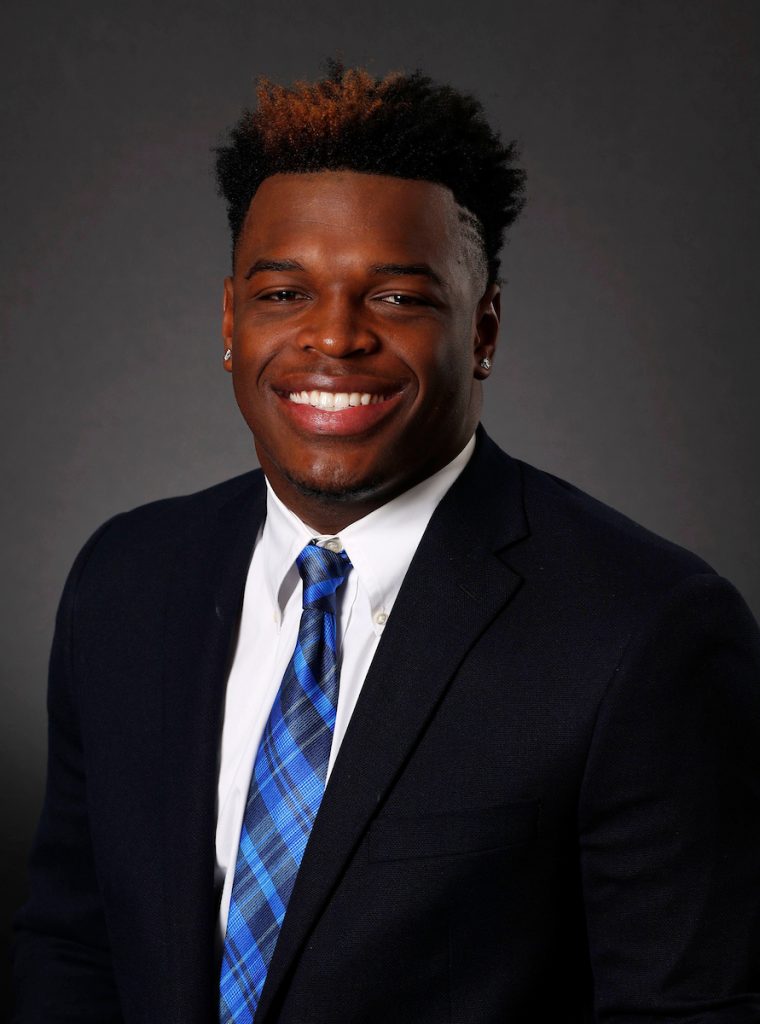 Tyler Markray may be the lone walk-on in the UK running back room, but he has made an impact during his time in Lexington.

In Kentucky’s 50-7 2019 victory over U-T Martin, Markray broke free for a 45-yard touchdown run last season. He finished the game with 52 yards and what is to date his only collegiate appearance.

He will look to compete for special teams work and perhaps some touches in 2020.