Mark Stoops media for final time before matchup with No. 18 Tennessee

The Kentucky Wildcats are just two days away from a crucial showdown with the No. 18 Tennessee Volunteers at Neyland Stadium in Knoxville.

Kentucky has not won at Neyland Stadium since 1984 and has not defeated a ranked Tennessee team since 1959.

Looking to change that, UK head coach Mark Stoops met with the media Thursday via Zoom for his final press conference before traveling down I-75 to take on the Vols. Hear from him below courtesy of The Boot Store. 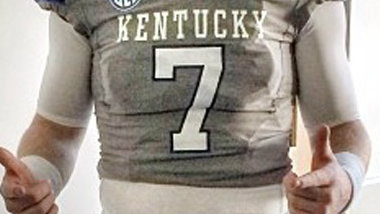 7 DAYS UNTIL KENTUCKY FOOTBALL KICKS OFF

Seattle Mariners @Mariners
Not bad for a rookie. 😏