The Kentucky linebackers are going into the season with a lot of question marks. The group as a whole has played very few snaps in the SEC. The guys in that position group (Eli Brown, Josh Allen, Jordan Jones and Courtney Love) talked to the media after practice, get to know the players and hear some answers to those questions.

Every time Mark Stoops has been asked about a new impact player he brings up redshirt freshman Eli Brown. Brown said he caught the head coach’s eye by being relentless. Hearing Stoops mention him was an eye opener for Brown, but it was also humbling. The key to him being able to play fast is his knowledge of the playbook. He loves his new linebackers Matt House saying House has made him a much better linebacker. Brown said the linebackers meetings with House are great and hands on, he said House answers all questions. Brown said the fans will be happy when they seem the linebackers on the field. He said Courtney Love is the best leader he has been around.

Jordan Jones spoke about discipline and how sometimes he needs to be more disciplined on the field. Jones also talked about the meetings with new LB coach Matt House, “If he even thinks we are unsure about it he’ll ask” adding, “he is a great asset to the team.” And yes Jones did the entire interview with his helmet on.

Josh Allen wants to become more versatile in his pass rush this season, “I just had speed now I’m working on moves.” He specifically mentioned his countermoves. Defensive Coordinator DJ Eliot is now coaching his position group the outside linebackers, Allen likes the change, “I think we are learning more just being with him.”

With the DC being your position coach there is more pressure, “You got to be on your P’s and Q’s, he makes you want to push harder, just do more because he’s the defensive coordinator he calls the shots” Allen said.

Courtney Love got goosebumps when he was told the Eli Brown said he was the best leader he had been around. He said that being a leader will help him become better player himself. Love described the linebackers buddy system but said ultimately he has to be in charge because he is the middle linebacker and the oldest guy in the room. However, the younger guys are still looking out for Love even if it is a small detail like a messy looker. On Coach House Love said he is awesome and his energy is huge. 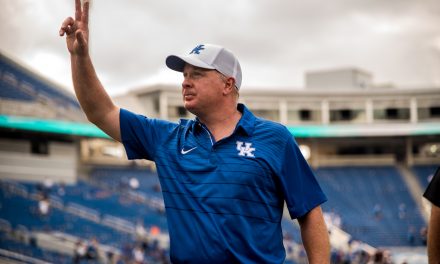 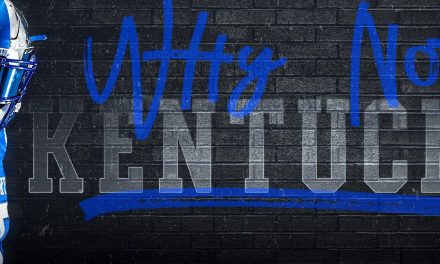