For the fifth time in their eight matchups with Vanderbilt, the Kentucky Wildcats erased a double-digit deficit and like all eight came out victorious as they defeated the Commodores 78-64 in Nashville Tuesday night.

Kentucky struggled early as they fell behind by as many as 14 points in the first half and entered the halftime locker room down 36-27.
Despite this, the Wildcats were able to claw back as with 11:15 to play they took a 48-46 lead that they’d never surrender.

Perhaps most importantly point guard Ashton Hagans who has struggled mightily of late posted a double-double and closed in on a triple-double as he finished with 10 points, 10 rebounds and eight assists.

With the victory, Kentucky completed a two-game season sweep of the Commodores and extended their winning streak in the all-time series to e
eight. 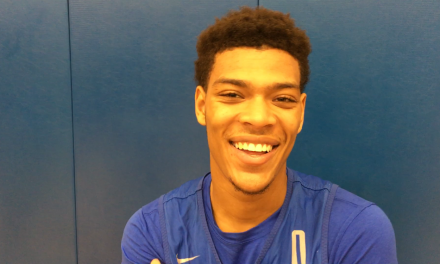 Bam Adebayo announces for NBA Draft; will not hire agent