The Kentucky Wildcats have added another Bluegrass State prospect to their 2021 recruiting class. Wednesday three-star defensive back Jordan Lovett from North Hardin High School in Radcliff, Kentucky, committed to the Wildcats in a radio interview.

Lovett is the sixth, fifth player in the state of Kentucky for 2021 by Rivals and the Commonwealth’s top-ranked defensive back. He chose Kentucky over a final list that included Louisville, Missouri, West Virginia, Boston College, Georgia Tech and Cincinnati.

The defensive back is known as a ball hawk as he led the nation with 15 interceptions as a junior last season.

He is the fourth in-state prospect to commit to Kentucky in 2021, including the prospect second-ranked player in four-star wide receiver Dekel Crowdus and the seventh-ranked prospect in three-star quarterback Kaiya Sheron and North Hardin teammate LaVell Wright who is ranked eighth in the state.

No. 8 Auburn uses big second half to beat No. 23 Kentucky: Recap and MVP 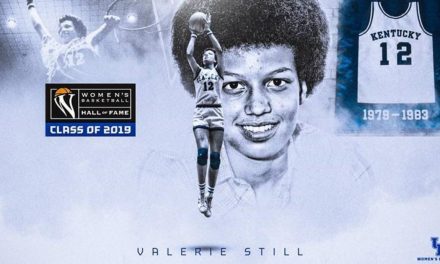 Best Kentucky Wildcats to Wear No. 12