Kentucky to hire Liam Coen as offensive coordinator, per report

Mark Stoops reportedly has found Eddie Gran’s replacement and new offensive leader. Per a report from FootballScoop, Kentucky plans to hire Liam Coen as their next offensive coordinator.

Coen is a 35-year old native of Warwick, Rhode Island. He spent four seasons as the starting quarterback at UMASS from 2004-08 and one season with the Alabama Vipers of the now-defunct AF2 Football League before going into coaching.

Afterward, he landed back at his alma mater of UMASS, where he served as pass game coordinator and quarterbacks coach from 2014-15 before landing his first offensive coordinator gig at Maine.

He led Maine’s offense from 2016-17 and then made the jump to the NFL when offensive mastermind Sean McVay hired him as Los Angeles Rams assistant wide receivers coach in 2018.

Coen worked as Rams’ assistant wide receivers coach from 2018-19, where he helped lead a group of LA wide receivers that included Brandin Cooks, Robert Woods and Josh Reynolds to a Super Bowl appearance.

McVay reassigned Coen to assistant quarterbacks coach for the 2020 season. With Coen in the quarterbacks’ room, Rams quarterback Jared Goff has completed 68.2% of his passes this season for 3,509 yards and 18 touchdowns as Los Angeles leads the NFC West with a 9-4 record.

With Coen coming to Lexington, UK will look for a more creative and explosive offense after finishing dead last in the SEC with an average of just 311 yards per game in 2020. 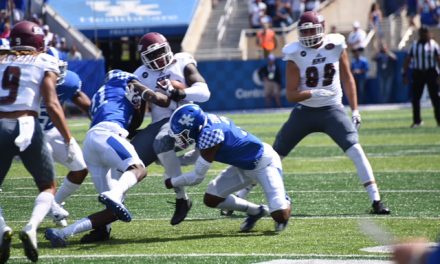 Maybe George Costanza could figure out this UK team

0
0
Big Blue Insider @bigblueinsider1
4 hours ago
Tonight: preview UK-KU with John Calipari & his players + @GaryBGraves of the AP; @JohnWDRB on the U of L/Chris Mack imbroglio and your comments. 6pm @630WLAP https://t.co/H5jtEgtq4e
View on Twitter

1
3
Big Blue Insider @bigblueinsider1
8 hours ago
Calipari says the entire team now is responsible for calling out screens to avoid more injuries. All players and an assistant coach should be hollering...
View on Twitter
0
9
Big Blue Insider @bigblueinsider1
8 hours ago
John Calipari says TyTy Washington hasn't practiced this week, nor have Mintz or Toppin. He said he hasn't seen TyTy yet...
View on Twitter
0
0