The Kentucky Wildcats have added to their quarterback room as Penn State transfer Will Levis has committed to UK.

The 6-foot-4-inch quarterback signed with Penn State out of high school after a stellar career at Xavier High School in Middletown, Connecticut.

Levis will be a redshirt junior next season and has made two career starts and played in 13 games as a Nittany Lion over the course of three seasons in Happy Valley.

In 2020, he made one start and played in six games in which he completed 13-of-16 passes for 106 yards and rushed for 34 yards in his lone start. His 399 career rushing yards ranks 10th all-time by a Penn State quarterback.

Levis is the first quarterback to pick Kentucky since the arrival of newly hired offensive coordinator and quarterbacks coach Liam Coen. 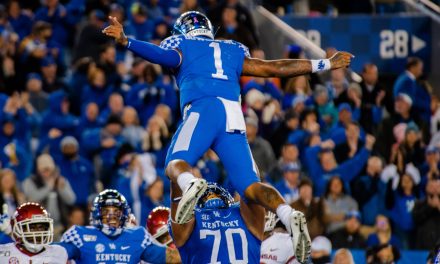 4
118
Big Blue Insider @bigblueinsider1
4 days ago
Hey Ian, any idea why nobody has picked up Larry Warford? 3x pro bowler, sat out last season because of COVID concerns. Seems like he'd help someone out there... https://t.co/pzOZO8d8O9
View on Twitter
0
5